Once a day circulation booster

For millennia, Ginkgo biloba has been used in the East medicinally for supporting blood circulation and promoting memory and brain function for millenniums. Many modern researches are conducted to show the benefits of ginkgo biloba for memory improvement, dementia and peripheral vascular disease related symptoms such as leg pain and vision problems.

Opceden Ginko 100 is made with high strength standardised ginkgo biloba leave extract, providing 24% Flavone Glycosides and 6 % Ginkgolides used in majority of clinical trials. With just one tablet a day, Opceden Ginko 100 can help you to maintain and improve your health and fitness.

Please consult your doctor before taking Opceden Ginko 100 if you have the following:

Note that ginkgo is not recommended for pregnant and breast feeding women and those who are allergic to it. Ginkgo leaf supplements are generally safe.


Your Review: Note: HTML is not translated! 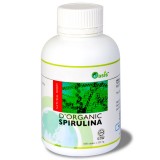